You may have heard about our new Nucleus® Profile™ Plus Series Cochlear Implant’s thin design, unrivaled reliability and easier access to MRI¹…but let’s get technical!

How does the Profile Plus Implant’s design work?

Based upon the design of our Profile Series, the Profile Plus offers a range of features that may be beneficial to your patients.

The Profile Plus maintains the Profile Series’ slim design that follows the natural curvature of the head, which may result in less surgery time and an improved aesthetic outcome.

Its smooth external geometry minimizes biofilm formation.² These biofilm resistance properties  are the same as found on the Profile Series.

The implant’s diametrically polarized magnet rotates and aligns with the magnetic field of the MRI machine, reducing the torque experienced by the implant, which contrasts axial magnets.

How can I identify the Profile Plus compared to other implants?

Compared to other products in the Profile Series, the Profile Plus includes a different magnet cassette shape. Please refer to the MRI Guidelines for further direction.¹

How will my patients benefit from the Profile Plus?

With the Profile Plus MRI at 1.5 and 3.0 Tesla is possible without magnet removal or head wrap, giving recipients easier access to MRI scans.¹

Although it’s easy to remove, the magnet will not loosen or dislodge through normal use.

Tricks of the trade: 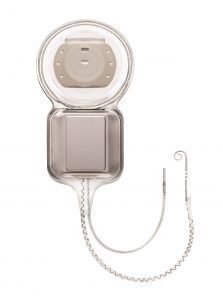 The Profile Plus continues to offer patients choice for comfort and wear-ability with compatibility to both the Nucleus 7 and Kanso® sound processors.

Note that because the magnet design is different to the one included in previous Cochlear Implant models (diametric vs. axial), the sound processor requires the appropriate compatible magnet. For daily use, a magnet designated with an (I) should be used for Profile Plus recipients.

To learn more about new Nucleus Profile Plus Implant, check out our press release and webinar. 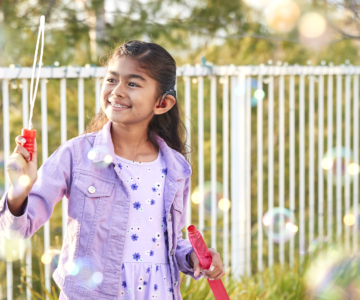 Alexis W., mom to Martin, looks back on her son’s scary bout of bacterial meningitis, which took his hearing. Having never dealt with hearing loss and not knowing about cochlear implants, Martin’s parents had to act fast to ensure he’d have access to sound again:

“Martin’s journey began on December 20, 2016 at 2 years of age when he became gravely ill and later was diagnosed with bacterial meningitis.

During this debilitating infection, Martin suffered four infarcts in his brain, fluid around his heart and profound bilateral hearing loss. It took a long time as his parents to process this suffering our son was enduring. 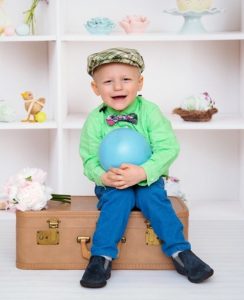 The hearing loss came as quite a shock to us, before this infection Martin had already developed language and was above his speech level for his age. When we learned about cochlear implants and found out our son was a candidate, we immediately began researching them because we had never heard of them before.

Making the decision to move forward with cochlear implants for Martin had to be quick for us. With meningitis, the cochlea begins to ossify at an extremely rapid rate, making implanting very difficult and not nearly as effective if you wait too long. As parents, we want the best for our son, and we truly believe making the decision to implant him with cochlear implants was the only choice that was right.

Martin was discharged from the hospital after 17 days on January 4, 2017; two days later, we got a call from the surgeon that Tuesday, January 10, would be his implant surgery date. This happened so quickly we didn’t know how to process it, let alone prepare.

However, Martin did amazing with his cochlear implant surgery and recovery after that. He was up and moving around hours after surgery, and later that night began to enjoy his favorite food (which is soup).

The time between his implant surgery and activation of his sound processors seemed like forever. The frustration and anxiety my son had because he couldn’t hear anyone began to show, and it was so difficult to explain anything to him at that point.

Then February 8, activation day, was here. My husband and I chose the Kanso® Sound Processors for Martin because we believed he would do wonderfully with only one piece of equipment.

After the first two mappings, it was very hard to notice a difference in his hearing, but then one day it clicked. He began repeating us, and he literally began talking up a storm. Right then, we knew we had made the right choice.

With his Kansos, our son has amazing wear time, and he puts his processors back on himself if they fall off. In terms of his language development, Martin is now testing in the normal range for speech and language at his age; we think this is due in part to getting him implanted as quickly as possible and due to the ease of which the Kanso Sound Processors stay on Martin’s head. Additionally, Martin is now in a mainstream daycare, and if his batteries have died while he’s there, he will tell his teachers on his own to help change them.

Martin’s cochlear implants changed our recovery as a family from his bacterial meningitis. It has helped to give my son back the courage to communicate again and take away from his anxiety of being around lots of people. He has a warm, open heart and sweet personality where he loves to be around people.

At two and a half years old, Martin has already overcome so many obstacles, and he will continue to excel on his journey. Thanks to his cochlear implants and Kanso Sound Processors, my son manages to continue happily!”

Learn more about the Nucleus® Kanso Sound Processor and how it can help your pediatric patients.

Renee Oehlerking is the Public Relations Manager at Cochlear Americas where she is responsible for the region’s public relations and consumer marketing social media. Renee enjoys uncovering, telling and showcasing the inspiring stories of hearing implant recipients. As a recent transplant to Denver, Colorado, Renee enjoys exploring all that the state has to offer outdoors.

This month’s Journal Club explores a 2018 study, Use of Neural Response Telemetry for Pediatric Cochlear Implants: Current Practice. Successful management of medical practices today requires the ability to prioritize both patient outcomes and clinic efficiency.  Cochlear implant programs that work with young children and other special needs populations may feel this even more acutely due to time spent testing and additional unbillable time spent counseling families.

The availability of electrically evoked compound action potentials (ECAP) measurements as a clinical tool revolutionized pediatric cochlear implant management by providing objective responses to auditory stimuli.  For example, neural response telemetry (NRT) is a version of ECAP.  NRT data has become increasingly fast and easy to collect in the operating room (OR) with the development of remote management capability.  Clinics may obtain this data to confirm function of electrodes and electrode placement in the OR, and this information is also helpful during the initial activation.  Very young children may not respond to the traditional programming stimuli on the first day, leaving the clinician unsure where to set parameters and causing worry for the family regarding device function.

What did the study investigate?

The authors developed a 12-question survey that was sent to 110 cochlear implant clinic directors to investigate use and benefit of the ECAP tool.

Why is this important?

How did they do it?

Here is the need-to-know:

Since the OR is a costly place to perform tests, any additional beneficial test results must be reliable, provide useful clinical information and also be fast and easy-to-use. The results also give the family information on what to expect at the initial activation, which is both reassuring and time-saving on a day that can be loaded with emotion.  NRT uniquely uses the subtraction method to reduce stimulus artifact.  The ability for clinics to collect data remotely adds to the efficiency and usability of the data collection as a tool.

Results suggest that the greatest benefit of NRT is for clinic efficiency post-operatively rather than as a primary tool for confirming device placement intraoperatively.  Used in combination with imaging such as X-ray or CT scan will provide a higher confidence for that purpose.  The authors recognize the limitations of a survey as a research tool, pointing out that additional data correlating the data to outcomes would be extremely useful.  However, the survey strongly argues that the ability to quickly and easily start the initial activation with a viable map is a cost-saving benefit that also provides significant reassurance for the audiologist as well as the family.

Learn more by accessing the publication and stay tuned for next month’s edition of Journal Club!

About our guest author: Mary Beth O’Sullivan is a Professional Education Manager at Cochlear Americas, creating educational opportunities for cochlear implant professionals using research and best practice guidance.  Mary Beth has been an audiologist for 20 years, working in clinical settings ranging from large university hospitals to private practice prior to dedicating herself to the education side of the field. 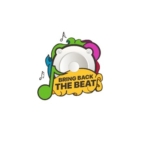 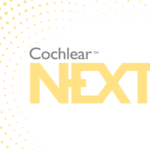