Cochlear is proud to share our 2020 Annual Reliability Report.

With more than two decades of reporting on reliability, the data and information can be interpreted in numerous ways; however, we believe two themes are most relevant today. The first is Cochlear’s commitment to transparency in reporting, and the second is the importance of reliability over time.

Cochlear releases an updated report on an annual basis.  In addition to our standard report, in 2019 Cochlear was the first to comply with an industry-driven partnership that developed reporting guidelines compliant with ANSI/AAMI standards. As a result, our reporting has further increased in transparency to focus on three key areas.

Importance of reliability over time

Historically, cochlear implants have demonstrated a strong implant reliability record within the first few years. Some might even say there is no significant difference between brands in this timeframe. However, what really matters is the reliability of a device over time; this is where the differences in quality and design truly emerge.

Cochlear puts the patient at the center of all we do, and we are responsible to ensure professionals and patients have access to the full picture of implant reliability. Some manufacturers have made the decision to post headlines and callouts on candidate facing content platforms citing “100% Reliability”. However, these strong claims can come with disclaimers in the fine print such as device reliability within one year only or data cited after removing certain categories of failures, such as impact related failures.

The reality is Cochlear™ Nucleus® Implants have demonstrated strong and industry leading reliability over decades – not just the first few years. Notably, our CI24RE (Freedom®) Implants, first introduced in 2005, show 99.0% cumulative survival rate within 16 years. This is outstanding reliability and the next generation Profile™ and Profile Plus devices are trending towards even better reliability than this incredible industry benchmark1.

This is why having access to and understanding the complete data and information is important. At Cochlear, we are committed to notifying professionals of updated reporting, including the latest data in our professional and candidate resources, and making the reports easily accessible on Cochlear.com. I encourage you to read our reports and understand the differences to other brands. Your patients deserve it. 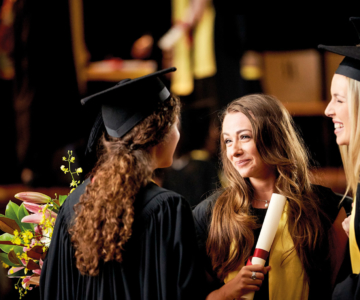 As an audiologist who has worked with cochlear implants since 1984, I have seen technology explode – particularly in recent years.  I find it amazing to witness how patient performance has improved alongside these technology advancements.  In the early days of cochlear implants (CI), we hoped that patients could distinguish presence vs. absence of sound and maybe tell the differences between speech and environmental noise.  Today, patients are now able to talk on the phone, carry on conversations in noisy environments and connect wirelessly to everyday devices with their CI.  If you had told me 20 years ago that my patients would enjoy wirelessly streaming music – I would not have believed you.

So I was intrigued when Cochlear asked if I would be willing to fit their newest sound processor—the Kanso™ — on patients.

From my perspective, recipients want things to be simple, easy to use and effortless.  I found this to be true when fitting the Kanso.  Recipients were impressed with the ease of use—only one button to push and they were ready to go!  My patients have enjoyed the automaticity of the device, including the automatic scene classification offered by SCAN*.

When counseling on device choice during the candidacy process, I saw patients quickly gravitate toward an off-the-ear option.  In fact, their “eyes would light up” at first glance.  As a center that offers two sound processors, this was a nice opportunity to offer recipients the wearing flexibility to have an off-the-ear option and a behind-the-ear option as their product selections.

My next question was “can this device deliver on performance”?  I wanted to verify that this very simple off-the-ear device was equivalent to the Nucleus 6 sound processor that I have been fitting successfully for the past several years.  Kanso offers dual microphones, SmartSound™ IQ* and access to the same wireless technology as the N6 sound processor. This is a truly remarkable innovation.  In fact, I found that recipients wearing the Kanso demonstrated essentially comparable hearing experience¹ to that of their current N6 sound processor.

To my surprise, retention of the device was not an issue with most of the recipients I fit.  I found that if the recipient was extremely active, using the very transparent retention wire assisted with any concerns that the device may fall off when used during a particular activity.

There was a definite reduction in the time it took to counsel on the device use, wear, and care during the initial fitting.  This was particularly nice for my recipients as the information that I needed to provide on the device operation was straightforward, easy to understand and not overwhelming to them, which is not always the case!   So because of the reduction in time, I was able to focus on other aspects of the fitting process like rehabilitation and use of the wireless accessories. 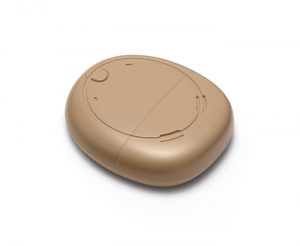 A final question I always ask myself is “would I wear it?”  And that answer is “absolutely!”  To me it is important that when I make a recommendation to recipients that it is one that I can personally stand behind which is unequivocally the case with the Kanso.  It is truly an extraordinary product that offers great flexibility and is discreet and easy to use for adult and pediatric patients alike. 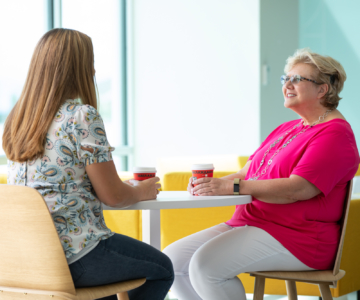 I have been involved in the cochlear implant field for 28 years.  How fulfilling it is to be a part of someone’s hearing journey! I was initially drawn to the field of Speech and Language Pathology and enrolled in the master’s program at CU Boulder in 1989.  After switching majors, it was natural that audiology would have a special place for me, since I was raised by a mother who was born with moderate-to-severe sensorineural hearing loss.

During the COVID-19 pandemic, patients have frequently complained about how hard it is to keep their behind-the-ear processor on when they are also wearing a mask.  One of my cochlear implant patients wears her Nucleus® 7 Sound Processor, the bow of her eyeglasses, a mask and an oxygen tube behind her ear.  She told me, “There isn’t enough room for everything I have to wear behind my ear!”. Having an off-the-ear option for cochlear implant recipients is a big deal.

Patients who have had a sudden hearing loss and have never had to wear a hearing aid are often very uncomfortable with the feel of something behind the ear.  Some patients have malformed pinnas or pinnas that are close to their heads, making a behind-the-ear sound processor a non-viable option.  Cochlear implant recipients who have tried both a behind-the-ear processor and an off-the-ear option will frequently tell me that the off-the-ear option is considerably more comfortable.

The Kanso 2 Sound Processor is the diameter of a “Loonie”, which is the Canadian one-dollar coin.  Unlike the first generation Kanso Sound Processor, Kanso 2 Sound Processor is rechargeable and can be controlled from a smartphone+ so that changes can be made to improve auditory performance if needed.  The recipient can check battery life, change volume, master volume, bass, treble or sensitivity.  Recipients can change programs or initiate streaming to an accessory simply by manipulating the app on their smartphone.+

Advanced connectivity and beyond

On average, the Kanso 2 Sound Processor requires less time for counseling because there are fewer parts to manipulate and discuss with the newly-activated recipient.  The entire processor can be placed in a charging case each night for ease of charging.

Smart has never been so simple

To learn more about Cochlear’s latest innovations please view this webinar and read this interview.

About the author: Dr. Allison Biever received her bachelor’s degree from the University of Alberta in 1989 and her master’s degree in Audiology at the University of Colorado in 1992, after which time she worked as a fellow in the first cochlear implant program in Colorado. In 2005 she received her Au.D. from Central Michigan University, completing a doctoral thesis that examined the impact of residual hearing on cochlear implantation in children.

Her focus at the Rocky Mountain Ear Center has been helping people regain their hearing through the miraculous technology of cochlear implants. She was awarded the LaFawn Biddle Award and the Hands & Voices Families First Award for her outstanding service to the deaf and hard of hearing community. In addition to her work in the clinic, she is also a prominent researcher in the field of cochlear implants, an instructor for Institute for Cochlear Implant Training (ICIT) and is on the board for the Listen Foundation. Allison enjoys hiking and spending time with her husband and three daughters. She is also an avid runner and Boston Marathon participant.

Apple is a service mark of Apple Inc., registered in the U.S. and other countries.

Android and Google Play are registered trademarks of Google Inc.The Android robot is reproduced or modified from work created and shared by Google and used according to terms described in the Creative Commons 3.0 Attribution License. 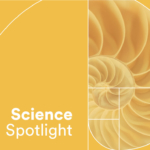 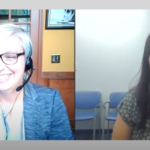