From there, he claims that the customers are the true experts. He says he often hears feedback from professionals and patients explaining how his patients like to wear it and even ask for a second implantation in the other ear. He says the concept of natural hearing is most compelling, especially when pertaining to the ultra-high frequency sounds that capture ‘delight.’

To conclude, Dr. Papsin advises that although the Osia System surgery is straightforward, it’s important to plan and adhere to the manual.

To learn more about the Osia System, visit and subscribe to Cochlear ProNews.

In the United States, the Osia 2 System is indicated in children for ages 12 and above. 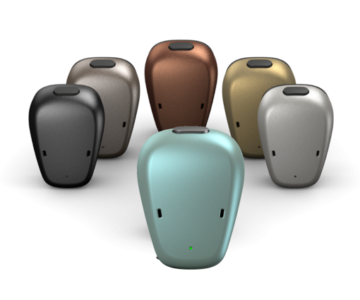 Several useful new fitting workflows are available to guide you through all the necessary steps to fit your patient’s Baha 6 Max Sound Processor. Information about the different workflows is available in the Activity Selection screen (Fig 1).  The connection flow and recommended steps will differ depending on the activity chosen.

You can navigate through the workflows using the “Next” and “Previous” buttons at the bottom of the screen.  The “Detailed fit” top menu is always available if preferred or if additional steps to the workflow are needed to complete the fitting.  Because the workflows are customized per activity to simplify and streamline your programming session, activity selection replaces “Express fit.”

The new activities to highlight include the fitting activities (first fit, follow-up, upgrade and unilateral-to-bilateral) and the Demo fitting.  Please take a look at the descriptions of each for more information.

To prevent any unauthorized access of any data in Baha Fitting Software, new security features include a log in to the system.

Customization for you and your patients

If you would like more information about Baha Fitting Software 6.0, please reach out to your local Cochlear Americas representative or visit the “Software Support” resource section in myCochlear Clinic for the link to register and download BFS 6.0. 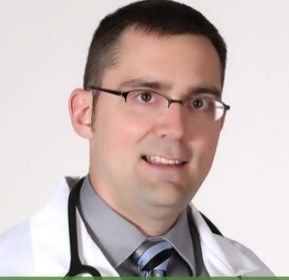 A 33 year-old female with a history of a canal wall down mastoidectomy as a child presented for evaluation of a chronically draining mastoid cavity and hearing loss. The patient stated that her ear had persistent purulent drainage since the operation.  She had been evaluated by previous Otolaryngologists and had failed medical therapy at rehabilitating the mastoid cavity. She had never been able to wear a hearing aid due to the extensive drainage. Examination showed a very high facial ridge and deep mastoid cavity with purulence and granulation tissue present.  The neotympanic membrane was retracted with no aerating of the middle ear space (Figure 1). Audiogram showed right ear masked bone conduction pure tone average of 21dB with air pure tone average at 93dB (Figure 2).  The patient was offered right endoscopic subtotal petrousectomy and ear canal closure with second stage Osia® implant placement for hearing rehabilitation.

The deep mastoid bowl with granulation is seen outlined with the thick black line.  The high facial ridge is marked with the yellow “x” and the middle ear space with retracted squamous epithelium is outlined by the thin yellow line.

An endoscopic transcanal technique was used to removal of all skin and squamous debris from the ear canal, mastoid cavity, and middle ear space.  The bony surfaces were drilled to ensure all removal of skin and mucosal tissue.  A modified Rambo flap was used to close the ear canal in a cartilaginous layer and then a skin layer.  The patient had no postoperative issues and presented three months later for an endoscopic mastoidotomy and middle ear exploration and Osia implantation.

A post-auricular incision was used and the subcutaneous tissues elevated out of the mastoid.  The endoscopic was introduced into the mastoid cavity and adhesions were lysed and the middle ear space visualized.  Thorough inspection did not reveal retained squamous material.  The Osia implant was then placed posterior to the mastoid cavity and the incision closed.  The patient had an uneventful postoperative course and underwent activation of the Osia device four weeks after implantation.  Follow up at one year showed a stable ear canal closure. She was very pleased with hearing results and the resolution of her persistent drainage!

For Osia surgery tips & tricks check out our professional webinars.

About the author: Dr. Ebelhar is originally from Owensboro, Ky., and attended Western Kentucky University for his undergraduate studies. He graduated from the University of Louisville School of Medicine in 2012 and completed his Otolaryngology (ENT-Head and Neck Surgery) in 2017 at the University of Kentucky. He is board certified in Otolaryngology-Head and Neck Surgery. He started the Med Center Health ENT Implantable Hearing Solutions program in 2017, offering both Cochlear Implants and Bone Anchored Hearing Aid implants. In 2020, he became one of the first surgeons in the country implanting the new Osia device. 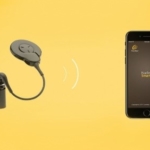 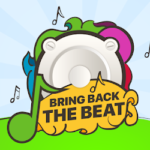